Open Bridges: We are very pleased to get a mention in The Times today.

“Just occasionally things go right and the cynics are confounded. There were plenty of the latter around when run down and much maligned Hull was announced as City Of Culture for 2017. Yet with the year two-thirds over, the results are jaw dropping… and arguably the best is yet to come. The city will be immersed in dance events culminating with the Royal Ballet reopening Hull’s magnificent neoclassical New Theatre after its £16 million refit and… the Turner Prize comes to the splendidly restored Ferens Art Gallery.

Those are institution-led events but just as eye catching have been quirky local offerings, laced with Hull’s salty brand of wry humour. For instance two local musicians have somehow contrived to have all 13 of the city’s bridges raised or blocked at the symbolic time of 20.17 next Friday. Why? Well, historically Hull has played a big role in campaigns for social and political freedom (notably the abolition of the slave trade), but the event’s organisers argue that you only truly appreciate freedom if you are deprived of it. So for a couple of minutes – with the compliance of the council and police – the freedom to cross the city will be withdrawn.” Richard Morrison The Times Arts Column 15.09.17 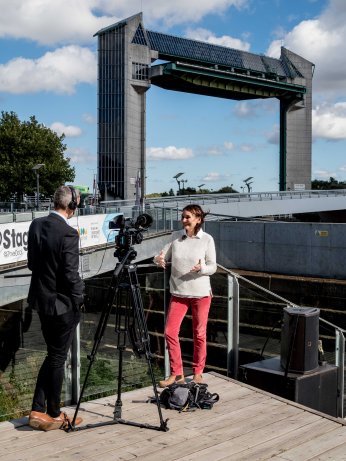