This series of posts will complete our record of River Hull archive photographs from the Hull Daily Mail which we repaired and restored. They are published with many thanks to Angus Young, and used with permission.

This next series of photographs of details were taken on and around the piers, Corporation – Victoria – and Minerva. The first is the earliest, taken in 1895, picturing a view overlooking Victoria Pier and the steam tugs on the Humber. But the detail of the boy running, and laughing perhaps appears on closer inspection to be the real focus and subject of the photograph. Click on the image in the galleries to get the full picture. 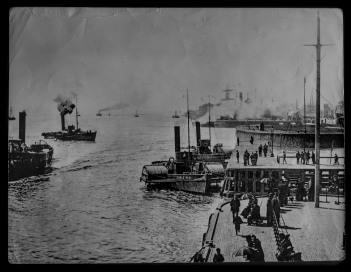 The next image is taken overlooking the mouth of the Hull and captioned ‘Ship Watchers Corporation Pier 13th September 1968’. 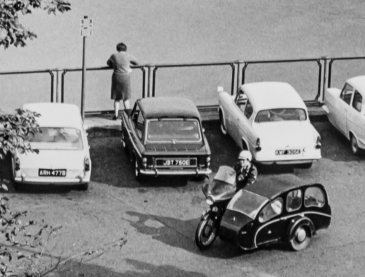 ‘Dismantling the Minerva Pier Crane’ from 1969. The detail shows the two workmen aware of the photographer.

‘Corporation Pier 9th October 1957.’ There are a few people we could have picked out in this brilliant shot but the man with the bicycle admiring (the vessel) Rosalie seems the most distinguishable in his sunglasses and cap. If you look closely the river behind him appears to give him a rather significant handle-bar moustache. 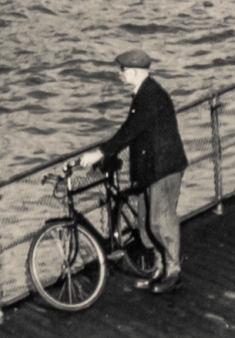 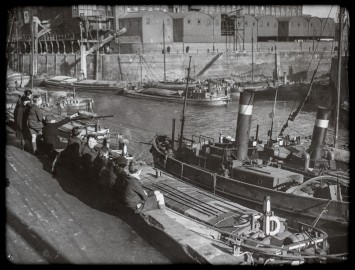 1950s looking across to the Old Harbour 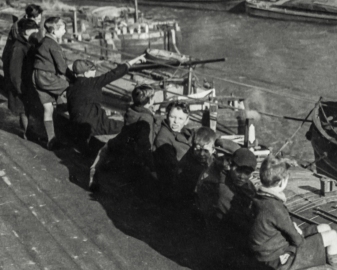 A River Full of Stories

A River Full of Stories is getting a great response from the libraries. The book has been a labour of love to produce so we are delighted to find out how popular it is. There is still a chance to see the exhibition and films at Hull Maritime Museum this year, and we have news of future exhibitions coming up in the new year. Keep an eye on the website for details. And in the meantime, the book is available to borrow from Hull Libraries, East Riding Libraries, Museums & Archives, Hull History Centre, The Leeds Library, The British Library and to order from all UK libraries

The free exhibition showcasing both the films made for Open Bridges and A River Full of Stories will be on the road next year. We’ll keep you posted about forthcoming exhibitions in 2020.