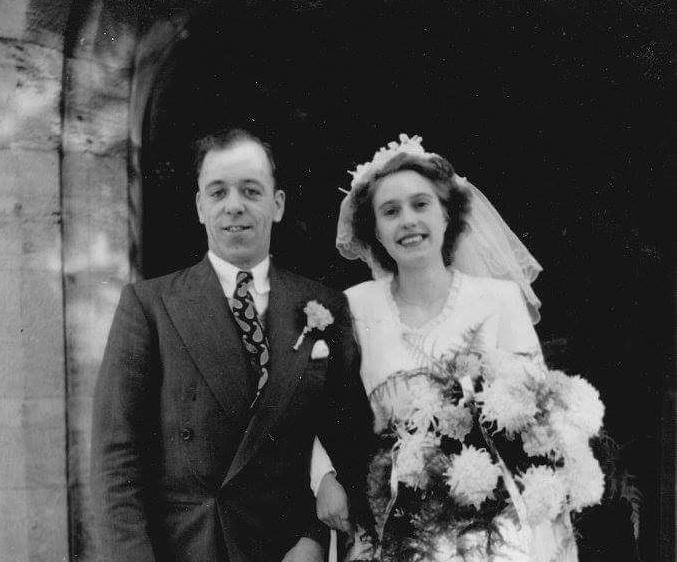 We first met Alison Bateman when she visited the Open Bridges exhibition in Scale Lane Bridge. Thank you to Alison for getting in touch with this lovely account of how her Mum and Dad, both with lifelong River Hull connections met, fell in love and married in the late ’40s.

“My Mum (Joan Hopper) and Dad (Charles Bateman) met on the banks of the Humber on 7th August 1947 (Dad’s 21st birthday) not far from where the Rotterdam ferry goes from now. My Dad had not long left the Royal Navy after service in the war and was working for United Towing on the tugs. Mum was a clerk at the grain silo and a mutual friend introduced her to my Dad, who was stripped to the waist as it was a sweltering hot day and during a break he and his colleagues were playing cricket on the ground next to the foreshore. He was a body builder back then and was a very handsome and muscular bloke. Mum was a green eyed beauty. They were instantly attracted to each other and began dating.

My Dad lived off Hessle Road and walked to and from Marfleet to take her out. Eventually Dad decided he wanted to marry her. He actually asked her on the old Drypool Bridge. However he didn’t go down on one knee but picked her up and held her over the river Hull and said, “If you don’t agree to marry me, I’ll drop you in the river!”

Of course she said, yes and they tied the knot just before Christmas in 1950. Nine years later they had their first and only child – yours truly!

On a sad note when Mum passed away in 1991 and Dad in 2013, I scattered their ashes into the Humber at the very same point at which they had met all those long years ago. So you see, the Hull and the Humber both mean a lot to me.” Alison Bateman 2018 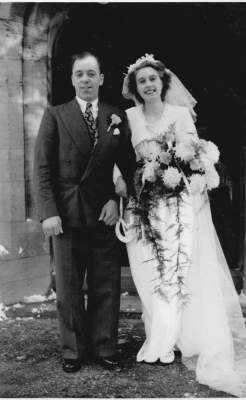 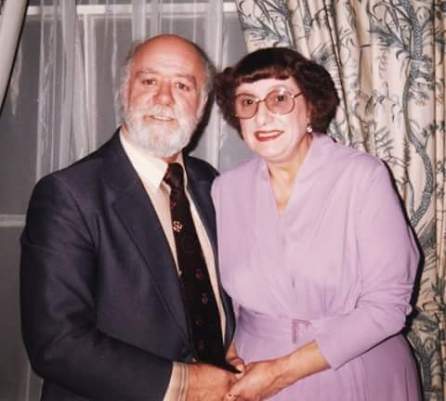 Open Bridges made history when for the first time all 13 of the bridges over the River Hull in the UK’s City of Culture 2017 raised, swung or closed simultaneously splitting the city of Hull in two at 20:17 hours on 22nd September 2017.  Historic vessels sailed down the river, met by 21st century tugs, to the sound of a new musique concrète work by composer John Stead.